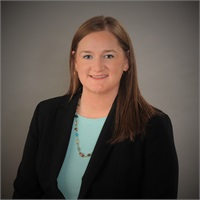 Mary-Anne McAdams Runner is a graduate from the University of Alabama with a Master’s of Science in Human Environmental Sciences and an emphasis in Family Financial Planning. She also holds a health and life insurance producer license, and is especially passionate about Medicare education.  She is a National Social Security Advisor Certificate Holder and also received her Bachelor’s of Science from Mississippi University for Women.

Mary-Anne is currently serving as a captain in the Medical Services Corps for the Mississippi Army National Guard. She deployed to Kuwait from 2018-2019 in support of Operation Spartan Shield. She has served over 18 years and plans on retiring in the Army National Guard.

Mrs. Runner has been married to Mr. Brian Runner since 2015 and together they have two sons, Noah and Ethan. Though originally from Olive Branch, MS, she and her family currently live in Booneville, MS.

Mary-Anne is actively involved in her church where she plays handbells, softball, and assists with childcare and other outreach programs. She is also an active member of the National Guard Association and attends events that promote advocacy and representation of the military before congress. For fun, Mary-Anne likes to cook, play Catan and Rook, Geocache, and spending time outdoors with friends and family.

Get Financial News & Updates Delivered to Your Inbox